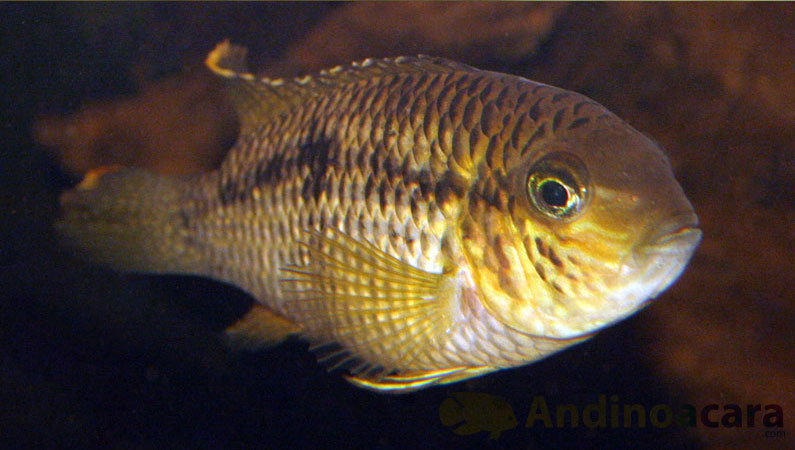 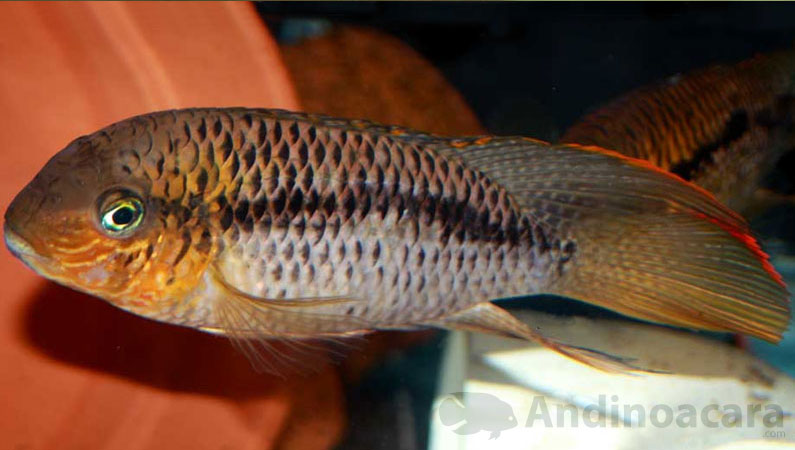 bi - half (Latin) + seriatus = from large earthenware jar, possibly due to the colouration of the fish (Latin)

Andinoacara biseriatus is one of the smallest described species in the genus, but for what it lacks in size it makes up for in attitude. These are stocky and pugnacious cichlids, with similar temperament to Andinoacara stalsbergi

This species looks very different to any of the other species in the genus, but is most closely related to Andinoacara stalsbergi and Andinoacara rivulatus, so is therefore sectioned into the rivulatus complex.