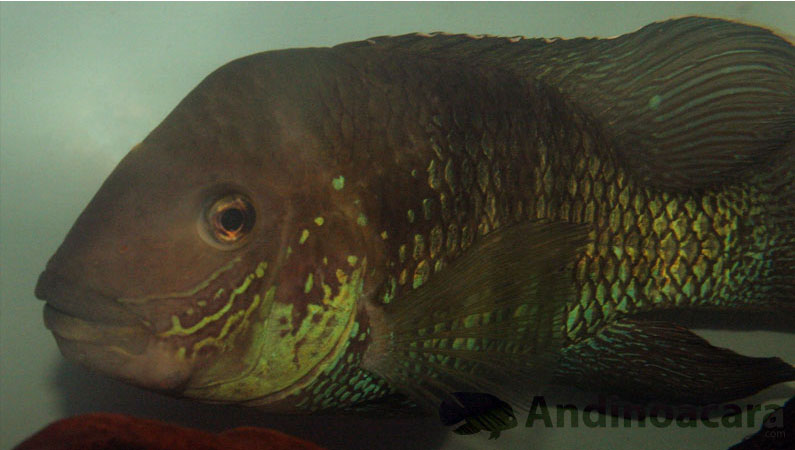 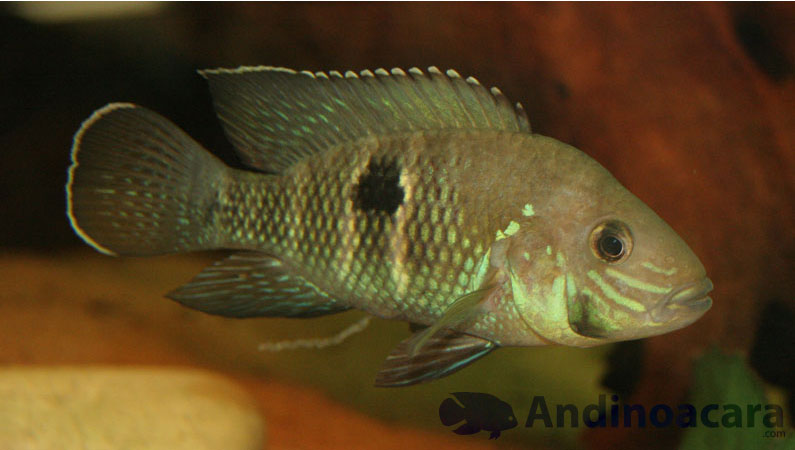 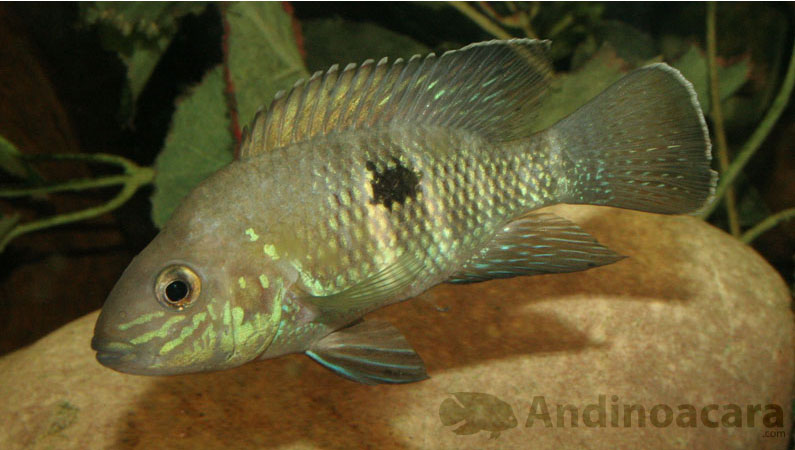 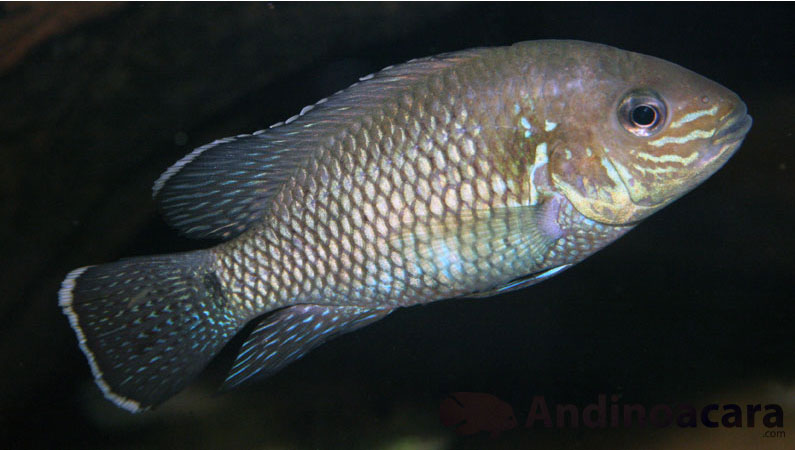 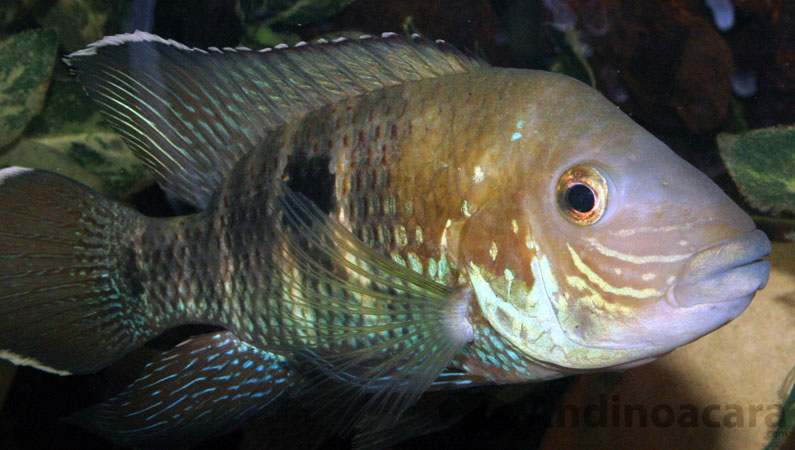 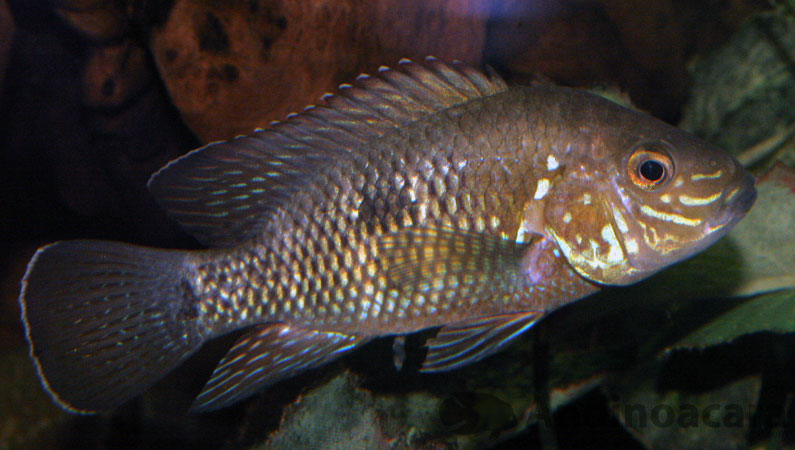 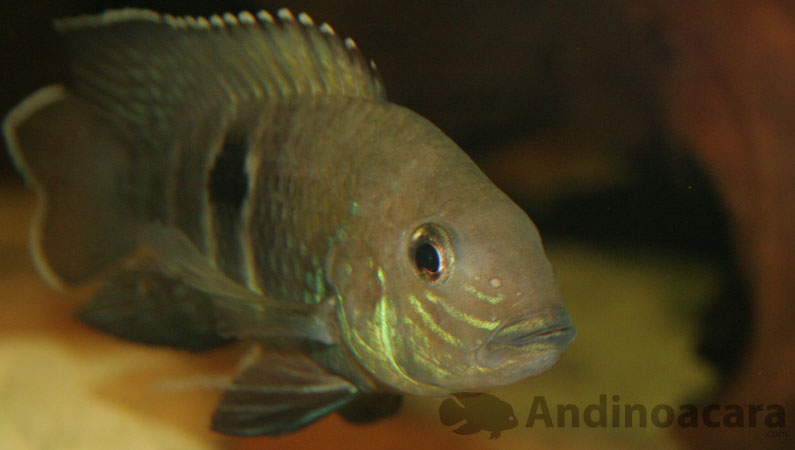 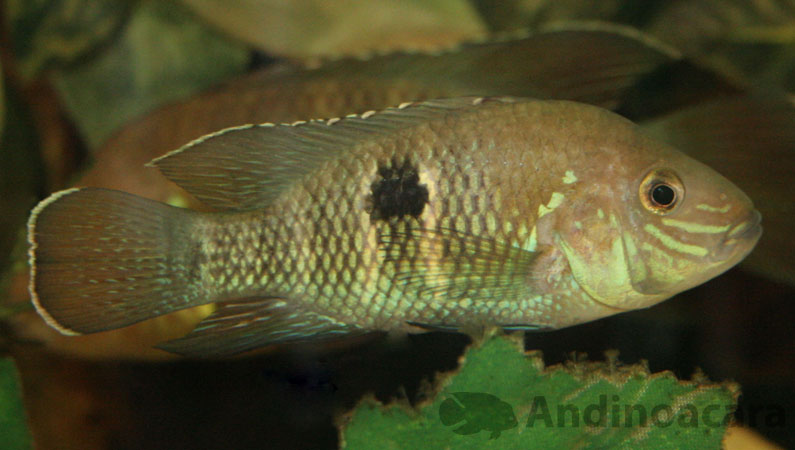 Named in honour of Alf Stalsberg (Tjodalyng, Norway), the collector of the holotype, in recognition of his longstanding commitment to increase the knowledge about cichlid fishes (Muzilová et al 2009).

Males are known to attain up to 20cm TL.

Unless you are keeping this fish in a very large tank (6 feet or more) then it is best they are kept as single fish, or as a mate pair. The older the fish the more aggressive and territorial they become, and will consume any fish small enough to fit in their mouths.

Good tank mates for these fish are other large cichlids, large characins, such as bleeding heart tetras, and medium/large catfish.

Small corydoras are not advisable as the larger fish will try to eat them, and the corydoras spines tend to stick in the cichlids mouth, often reslting the loss of both the cichlid and the catfish.

A. stalsbergi, unlike the other fish in genus is found in hard (6.75–10.11°dGH) to very hard (10.12°dGH or more) water. If keeping them in softer water you may have problems hatching any eggs, and may cause problems in the longer term for the cichlids.

The true green terror has been collected in several localities, one of which was lake Laguna da Vegueta. This lake is brackish, and is partly covered with aquatic and submerged terrestrial vegetation. Most specimins seen in the uk trade appear to originate from the Río Pisco near Independencia, this is a clear water river approximately 32'/10m wide with with sandy and rocky bottom, which is void of any submerged vegetation.

The different locality types this species is found shows this fish adapts well to very alkaline and hard water, rich in dissolved minerals, it can even tolerates brackish water. We would not advise keeping this fish in a brackish tank.

The tank should be hard scaped, using rocks and bogwood. Sand or fine gravel is best as a substrate, do avoid large gravel as this can be swallowed and cause digestive problems.

Ensure the fish has swimming room, as well as places to hide. Once settled in these fish are very bold and will come to the front of the tank to see you.

Live plants should really be avoided as they will be pulled up and eaten.

This video shows Andinoacara stalsvergi in tank similiar to their biotope.

This video shows Andinoacara stalsvergi in tank similiar to their biotope.

This video shows Andinoacara stalsvergi in tank similiar to their biotope, but in the wild their is little to no vegetation.