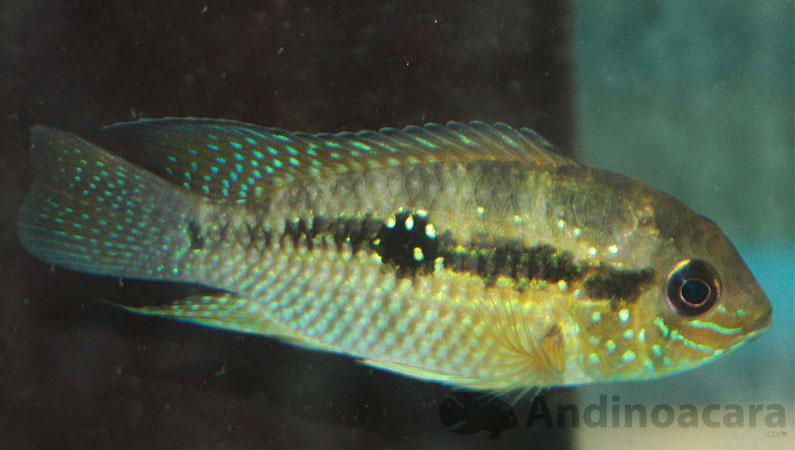 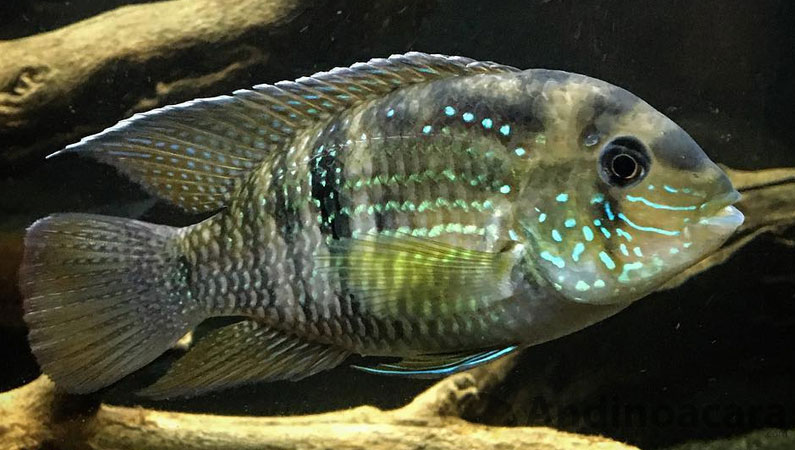 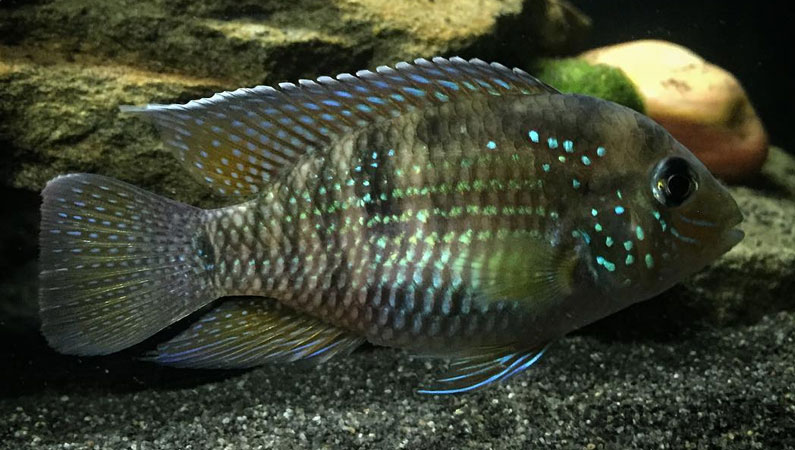 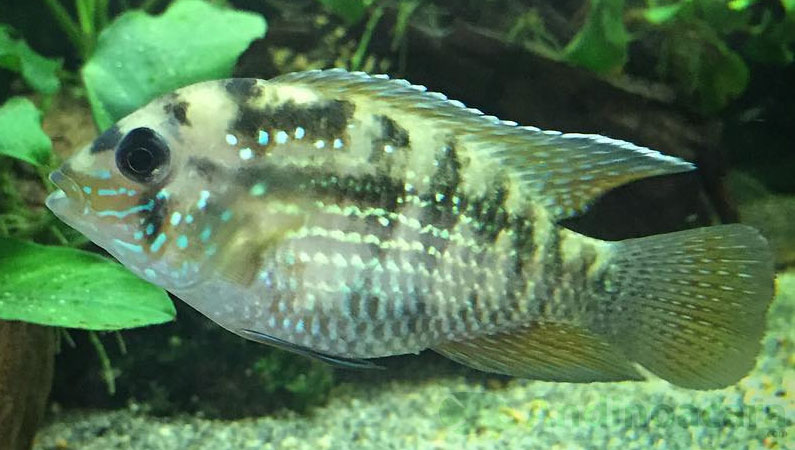 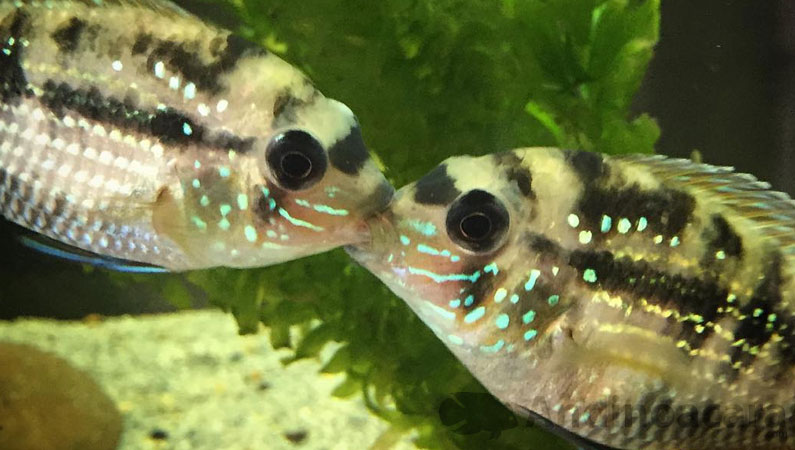 coeruleo = blue (Latin) + punctatus = spotted (Latin); This is in reference to the blue dots scattered on the flanks of the fish

This species has been shown in literature and by fish keepers in the hobby with both orange and white seam of the dorsal fin. This may may be due to misidentification, or a colour variant as seen in Andinoacara rivulatus.