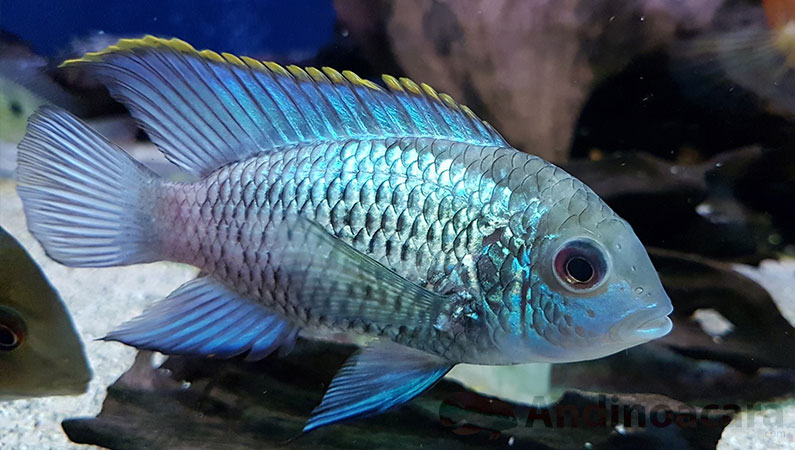 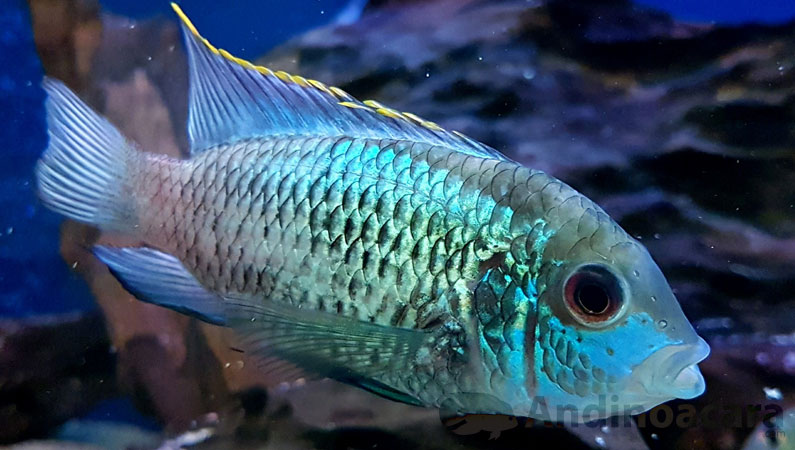 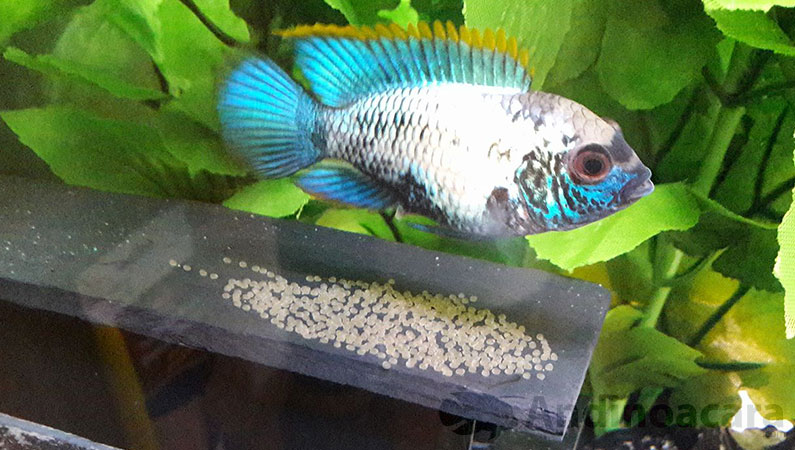 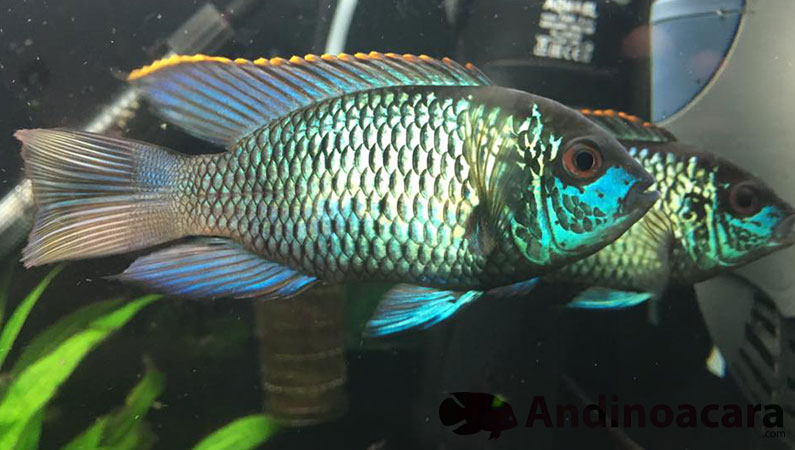 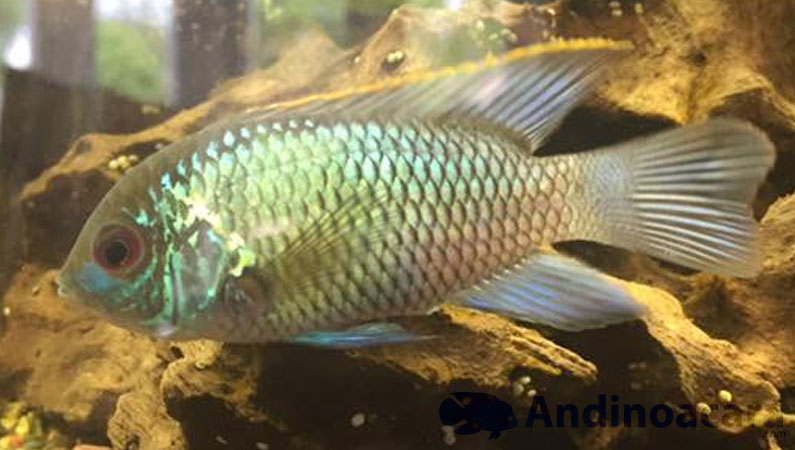 Little information has been confirmed about the true origins of the Electric Blue Acara, but the most plausible theory is that they are a product of forced hybridization. This is a process where by the eggs from a female fish are mixed manually with the mily of a genetically similar donor male species.
In this instance, with the Electric Blue Acara, Asian fish farms are able to fertilise the eggs of a blue acara, or related species (It maybe be one of the closely related species to Andinoacara pulcher) with the milt of a male Electric Blue Ram (Mikrogeophagus ramirezi).
Resulting in "blue acara" eggs that havent been fertilized by "Electric Blue Ram" milt, when hatched and raised at the farm facilities

Where the resulting fry are rasied to sexual maturity and then line bred in order to stabilise the recessive trait.

This means it is possible to introduce new/fresh genetics into the pool for the long term health of the species, while still retaining the electric blue genetics and thus the colour morph offspring.

For care and maintenace of this species, please see A. pulcher

Andinoacara.com does not promote the production of hybrid fish

In some cases it can be hard to obtain true species of some fish, Andinoacara are not one of those species, although some hybrids are becoming common place. This is mainly due to the confusion around the identification of species within this family

We do not promote the purposeful production of hybrid species, and would advise you to not try and breed hybrid species, Andinoacara are a beautiful group of cichlids and do not really need our "help" in becoming more diverse.

If you do end up with eggs from two different species in your tanks, we advise you destroy the eggs, for the sake of what is already a confusing group of cichlid to identify

Thanks for your support,
Andinoacara.com

This video shows Electric Blue Acara displaying to each other.

This video shows a LOT of Electric Blue Acara fry, keep in mind when breeding your fish how you're going rehome them.