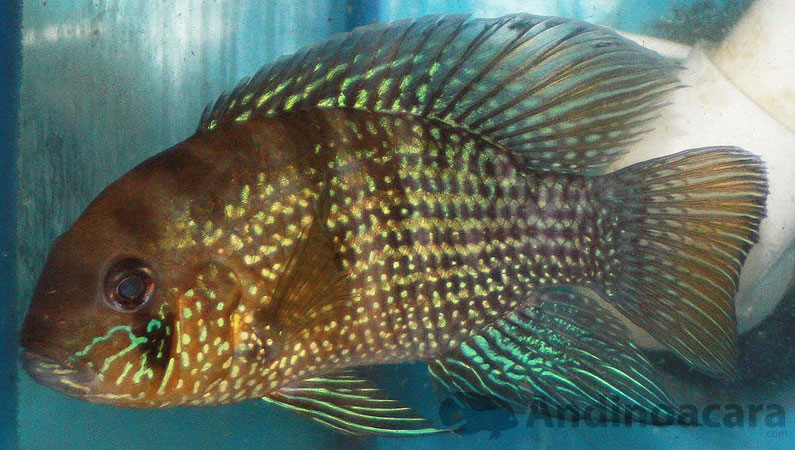 The original photograph was supplied by Jeff Rapps under the name of Andinoacara sp. “Río Orinoco”, but we believe this fish to be Andinoacar sp. “Río Chirgua”. Collection locations are often obscured either by poor memory or on purpose by the collectors to hide where they are getting their "special" fish. However, The Río Chirgua is an inflow to the middle of the Río Orinoco, Venezuela, this means both rivers could carry this fish, but it is very different to the fish name Andinoacara sp. “Río Orinoco”