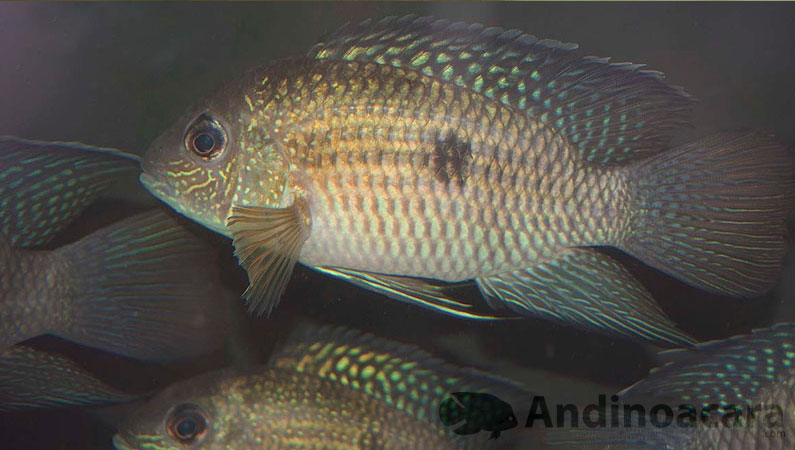 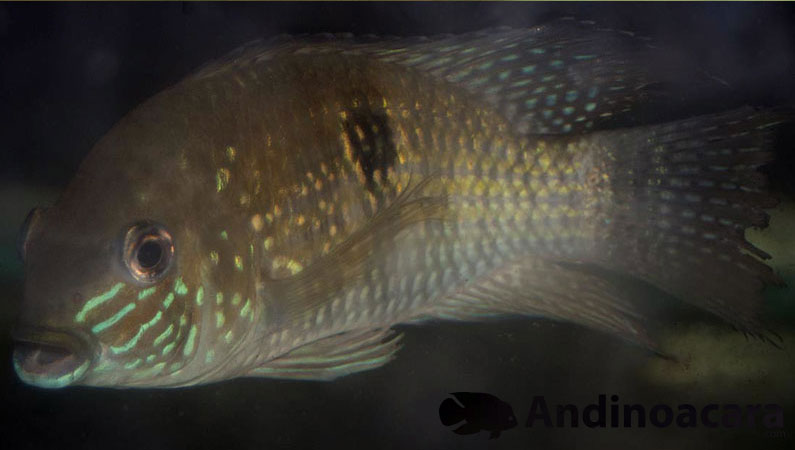 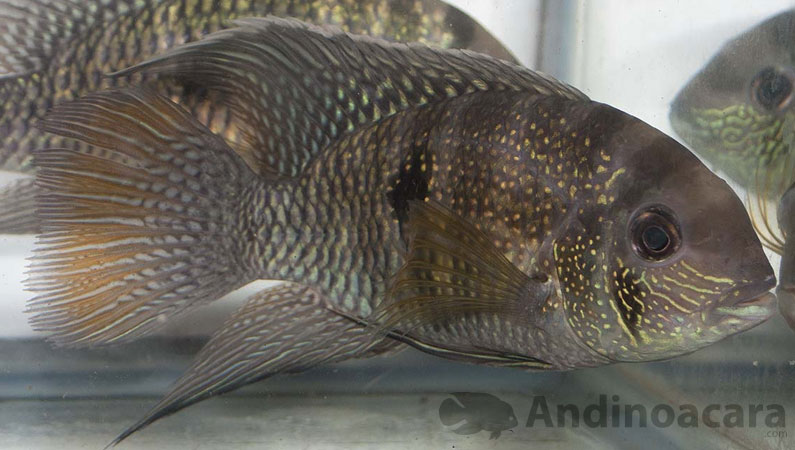 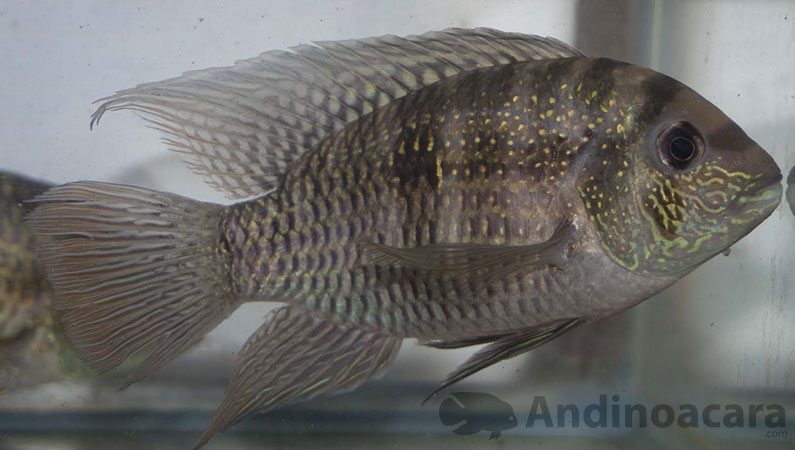 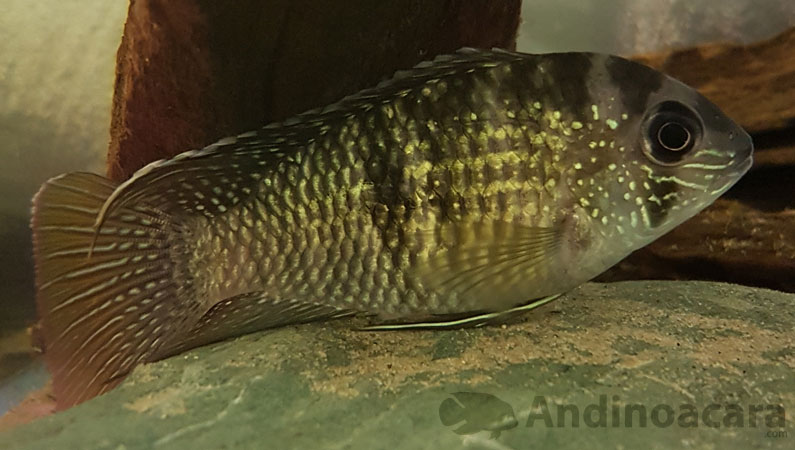 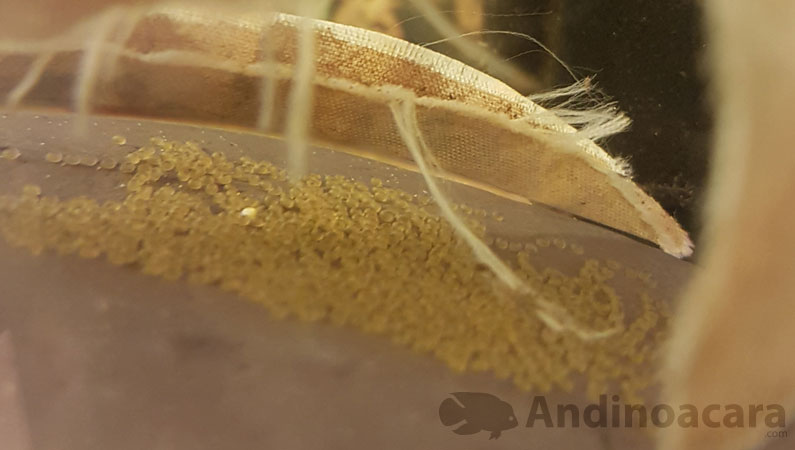 This acara shares some charaistics with both Andinoacara pulcher and Andinoacara rivulatus. It has a similar sie and shape as A. pulcher, but the colouration is closer to A. rivulatus.

Unlike Andinoacara pulcher these fish show a white seam to the dorsal fin rather than the orange of their cousins.