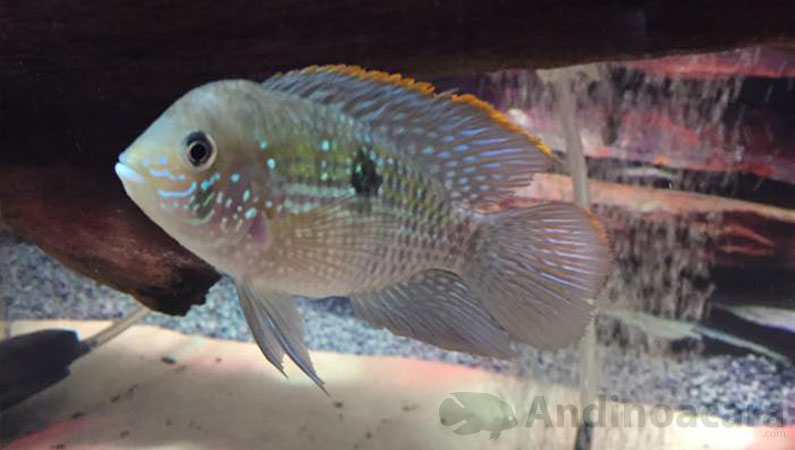 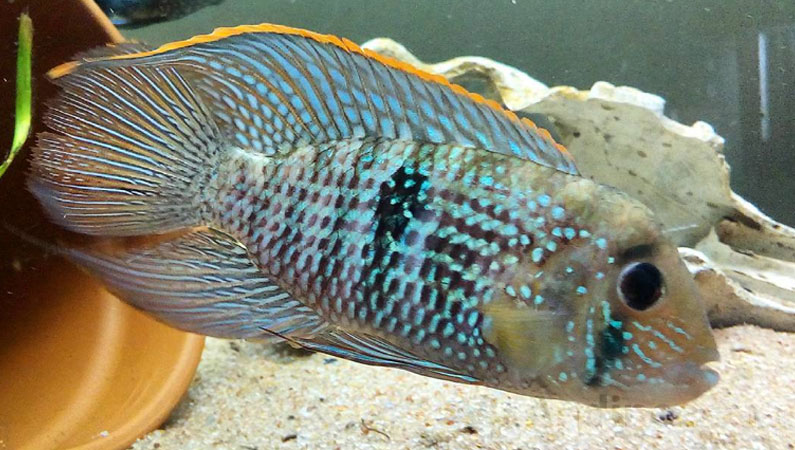 These fish are very often wrongly sold within the hobby as Green Terrors or as Blue Acara.

They are neither and both, one parent will be A. rivulatus and the other A. pulcher (or Andinoacara cf pulcher).

The hybrids in question normally exhibit the size and colouration of the A. pulcher parent, but often have the orange seams of the A. rivulatus parent, on both the dorsal and caudal fins.
A pure A. cf pulcher does not have any colouration on the seam of the caudal fin.

The seam on the dorsal tends to be a lot thicker in the hybrids as well, similar to A. rivulatus, but this is hard to distingush in young fish.

These fish appear to be fertile and can continue to breed.

Andinoacara.com does not promote the production of hybrid fish

In some cases it can be hard to obtain true species of some fish, Andinoacara are not one of those species, although some hybrids are becoming common place. This is mainly due to the confusion around the identification of species within this family

We do not promote the purposeful production of hybrid species, and would advise you to not try and breed hybrid species, Andinoacara are a beautiful group of cichlids and do not really need our "help" in becoming more diverse.

If you do end up with eggs from two different species in your tanks, we advise you destroy the eggs, for the sake of what is already a confusing group of cichlid to identify

Thanks for your support,
Andinoacara.com