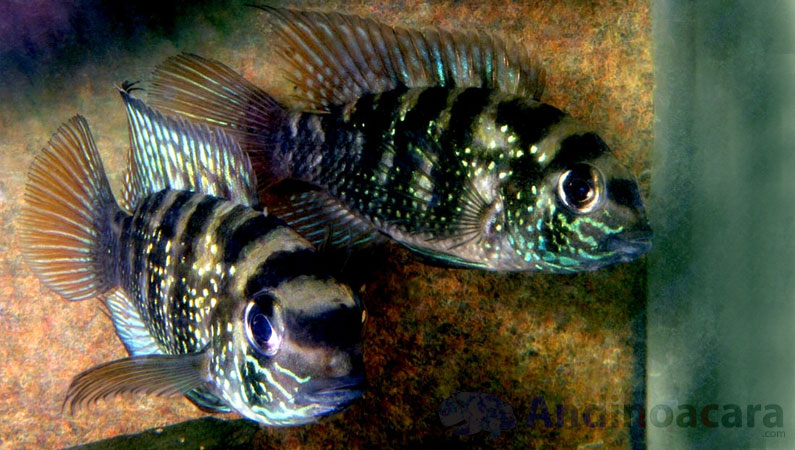 This cichlid is darker than the Andinoacara pulcher from Trinidad, but husbandry of the fish is the same. They also dont have the brighter orange dorsal seam.