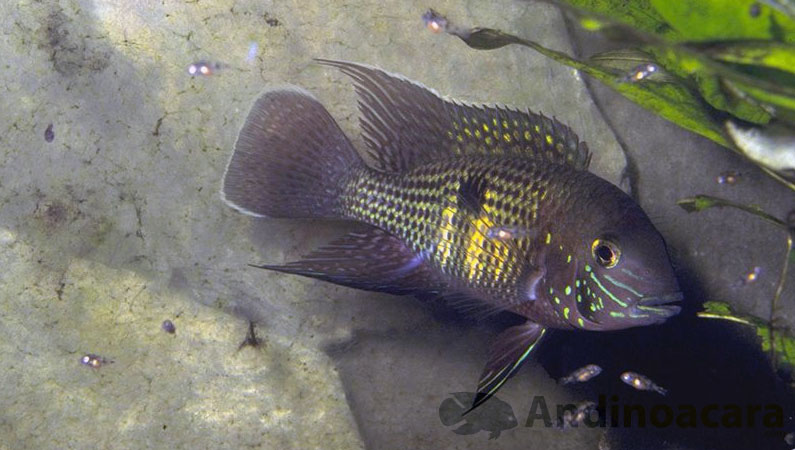 Andinoacara blombergi is not common in the hobby due to the laws surrounding the export/removal of wild life from Ecuador, the laws of the country prohibit these fish from leaving the country.

This species has recently been described but it has been known for many years, due to sharing similar physical charactistics to Andinoacara stalsbergi it was mixed up with in the Green Terror confusion.